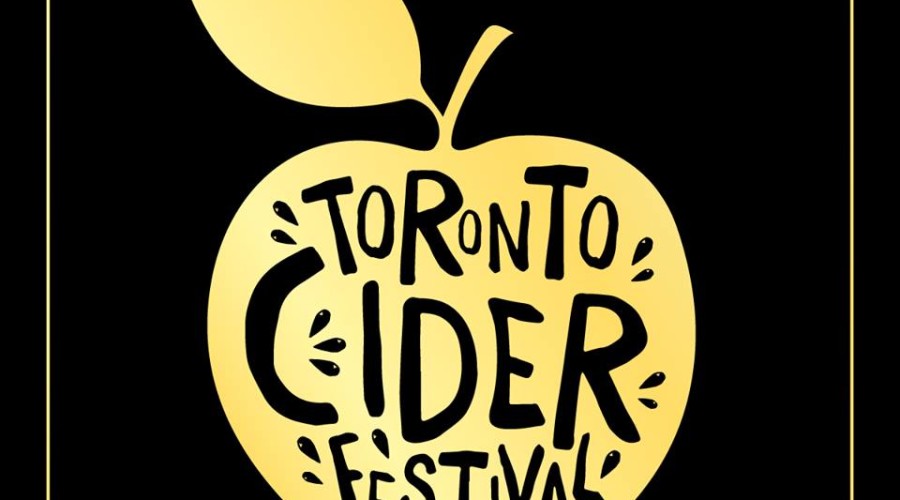 The 2nd annual Toronto Cider Festival happened on August 27th, 2016, and if you weren’t there, you unfortunately missed out on an amazing day. The weather was sunny, warm and beautiful throughout the day, and the fans came out by the thousands to indulge in 40+ ciders from 19 cideries. Broken up into two sessions – with a VIP one-hour session – the all-day event was a massive success and we were there for the full 11+ hours to cover all of the action and speak to the cider makers and fans alike. Within moments of the doors opening at 11:30am, Yonge and Dundas square started to fill with hundreds of fans eager to start sampling cider. We made our way to interview about half the cideries prior to the doors opening – with us getting to interview the other half of the cideries between the two sessions. With the sun shining down, cider fans spent hours going to each cider booth, and getting their passports stamped and munching on the delightful cuisine offering by the food vendors mixed in around the drinks. With a delightful ‘Cottage in the City’ theme, the event successfully transported us into the wilderness amongst all of the city lights, to a calm oasis of wonderful cider sipping. With 19 cideries it was certainly difficult to know where to even start – luckily, there was no wrong choice. Among the included booths were: 14 Ontario cideries, 1 from British Columbia, 3 international companies and 1 French apple brandy company.With most cideries bringing their flagship ciders, many also brought special flavoured varieties; as well as limited kegs and upcoming releases.

While all the ciders offered to sample were amazingly delicious, there were some true standout ciders that were unique in their own right. KW Craft Cider was sampling one of their newest creations, the Snakebite Cider, which was a perfectly blended mixture of cider and beer, in collaboration with Elora Brewing Company. Spirit Tree Cider brought their recently released Pear Lavender cider (See our review here), which is a unique take on their original pear cider; as well as their Dry Hopped blend which tickles the pallet with flavour. The oldest cidery in Ontario, County Cider Company, brought four varieties to sample, which included their hit Blood Orange cider and their recently released cider, Rootbeer. One of the special ‘event’ ciders was Coffin Ridge’s Strawberry Mint Cider, where only 1 keg per session was tapped – at 2pm and 8pm – and only available for a short period, as the lineups to sample started early (and lasted about 30 before it was all gone).  Another special cider only offered in a limited quantity was Thornbury’s Spiced Apple – a smoothly blended cider that will be available at the LCBO this fall for a limited time. As well, Ironwood brought their hilariously named ‘Cowabunga’ Cider made with tart cranberries, that we actually had the pleasure of sampling the evening before at Her Fathers Cider Bar.

Other special cider offerings included Brickworks Field Trip Cherry (See our review here) (Poor Brickworks brought there re-constructed 1940’s tap truck which broke down less then 500m away from the event on the side of the road and missed the entire first session), Double Trouble’s ‘Grow a Pear’ cider (recently launched at the LCBO), Duxbury’s hopped Tilted Barn, amongst many, many others (there are just too many to list!). offerings available: Dragon’s Gold and Eden’s Apple. Let us tell you that these were two highly unique ciders that didn’t taste like anything else you would have had that day. We were also impressed with Lone Tree Cider – a cidery that came all the way from British Columbia and is hoping to break into the Ontario market soon – with 4 delicious ciders for our sampling pleasure.

Fans could text their favourite ciders to a special contest number throughout the day, and the same three cideries were selected as the fan favourites in both sessions but in different orders. The winners from the first session were 3) Heritage Estates 2) Ernest Cider and 1) Savanna. The evening session winners were 3) Savanna 2) Heritage Estates and 1) Ernest Cider. We were thrilled that two up-and-coming Ontario Craft Cideries were selected, as we see big things ahead for them all!

Mixed in throughout the evening, were two special schedulings – the food and cider pairing session at 5pm for VIP ticket holders and the flair bart ending competition that started shortly before 7pm. The VIP session food pairing was done by the industry expert, Doris Miculan Bradley and it included a mouth-watering pulled pork sandwich, topped with creamy coleslaw and an olive – paired with County Cider Apple, and followed with County’s bright red cranberry and raspberry Feral Cider.

Shortly after, was the flair bartending competition, where a few seasoned professionals had 5 minutes to flip and toss bottles around, all while making a delicious cocktail featuring Angry Orchard Cider. While there were a few bottles broken, it was a true spectacle to watch with tons of crazy tricks and flips.

The festival offered so much more than just cider samples, pairings and cocktails though; with delicious food vendors, life-size games (including Jenga and Connect 4), DJs, live music, tons of incredible giveaways and more, it was a truly complete and grand experience for the senses. With the festival all tucked underneath the glowing signs and lights of Yonge and Dundas square, it only made the day more brilliant and grandeur. We think the 2016 edition of the Toronto Cider Festival was an incredible success and we thank not only the wonderful job done by the organizers and cideries for putting this day together; we thank the thousands of fans that came together to connect over a shared love of a delicious drink. Events like this are important for the cider community, as it show cider’s growing popularity and influence in Ontario. This helps grow the industry, grow allotted shelf space at the LCBO and grocery stores, and gain access to more markets and more equitable selling laws.

Thanks again to everyone involved with the Toronto Cider Festival. We cannot wait until next year.

*watch for our interviews with the cider makers coming soon!