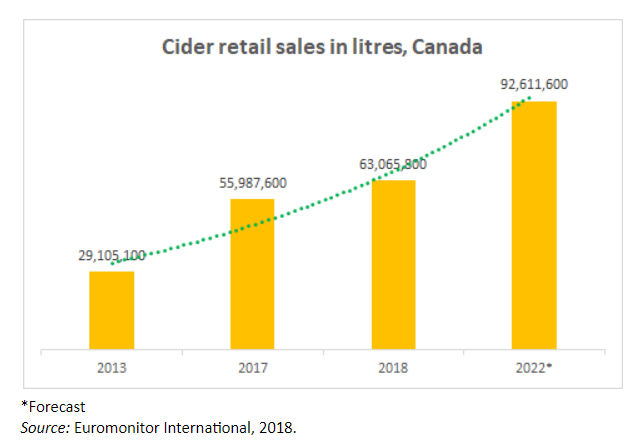 Get to Know the Ontario Cider Industry

Like a growing number of Ontarians, you may regularly enjoy a crisp craft cider from a local producer. But what you may not realize is you’re drinking a product that represents a notable slice of the provincial economy and, increasingly, a valuable export outside of Canada. The economic contribution of cider in Ontario is nothing to sneeze at: craft cider alone generated $73.5 in economic activity in 2017 and contributed $12.7 million to the province’s GDP.

As of now, there are 99 producers in the province. Much of this economic contribution comes from the approximately 60 Ontario cidermakers active in 2017, three-quarters of whom call rural Southern Ontario home. In 2017, these producers turned 23 million pounds of Ontario apples into cider.

In 2017-2018, sales of Ontario craft cider at the LCBO grew by 42 percent over the previous year, topping out at over $11.5 million in sales. Incredibly, Ontario craft cider represents only 11.5 percent of total cider sales at the LCBO, which is indicative both of cider’s overall popularity and the incredible potential for growth craft cider has in this province. Looking at Canada as a whole, Ontario is a top province for both the production and sale of cider.

Why has the cider sector taken off? There are many reasons for its incredible growth, including its status as a gluten-free alternative to beer and consumers’ increasing desire for unique products and flavours. Craft cider in particular is seen as a premium product; one that piques the interest of drinkers who are looking for local production and authentic experiences.

But many people still don’t know exactly what cider is, or have impressions of the product that may no longer be accurate (e.g. that it is very sweet, high in sugar, or is a seasonal product – of which all of these can be true but are typically not). With greater consumer education and increased marketing, there is likely more room for converting the cider-curious into the cider-serious. As of 2017, almost all – 98.8 percent! – of Canadian cider exports went to the United States. That corresponds to sales of approximately $61 million. In comparison, we exported less than $40,000 CAD to the United Kingdom, another major cider market.

Cider has seen tremendous growth over the past five years, but sales in the US have decreased for the past two. Fortunately for Ontario craft cider, that decline has been driven by national brands. According to the United States Association of Cider Makers, local and regional ciders continue to see double-digit growth, presenting a continued opportunity for our craft brands. Canadians appear to be the most enthusiastic cider consumers compared to our closest neighbours. By 2022, we are expected to drink more than 92 million litres of cider, an increase of approximately 10 percent over 2018. As a result, sales are forecast to grow 13.6 percent between 2018 and 2022, far faster than in the US or the UK. While there is strong potential for exports, the greatest opportunity for Ontario craft cider appears to be right here at home.

When Ashley isn’t drinking her way through Ontario’s cideries, she works in public policy. 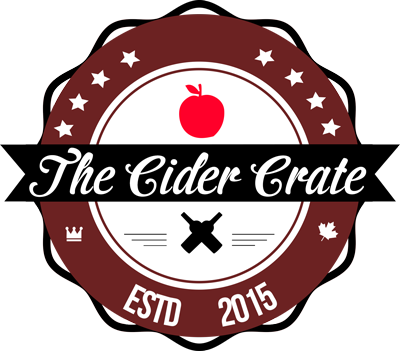