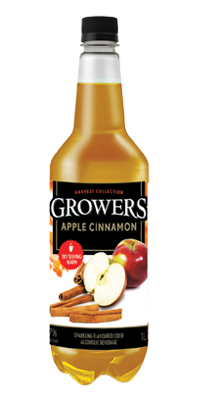 Additional Notes: This drink reminds us of the apple ciders you’d have around a fire or on a sleigh ride with family. Even as a cold beverage, it tastes like a warm, comforting apple pie. However, we do not recommend heating the cider as per the bottle’s suggestion, as it strongly impacts the cider’s sweetness and the cinnamon flavours, which we feel are the best features.