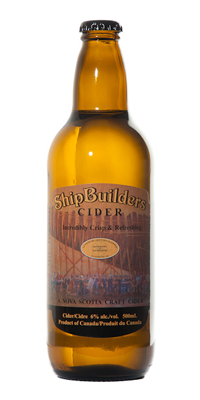 Additional Notes: ShipBuilders Cider is a classic, traditional apple cider that is very crisp and refreshing. Reminding us of some similar Quebec Ciders, it seems to feature Macintosh apples as the primary apple flavour coming through. With some tartness and sweetness, it is relatively well-balanced for the style.